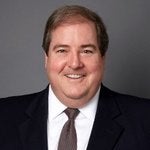 Sam Braverman has been practicing law in the courtroom, at both the trial and the appellate level, for almost three decades. He represents individuals and corporate clients in complex and sensitive criminal and regulatory matters, and his practice focuses on white collar criminal defense, including securities fraud, commercial bribery, honest services fraud, conspiracy, bank fraud, Stark violations, and tax litigation. He has won acquittals in high profile cases, and he has represented clients in more than 40 state counties, 10 federal districts, and before investigative agencies such as FINRA, SEC, state medical boards, the Commission on Judicial Conduct, and Attorney disciplinary committees. He has won reversals on appeal at the New York State Court of Appeals, the Second Circuit Court of Appeals, and the Supreme Court of the United States. He has represented judges and prosecutors, board presidents and directors, doctors and lawyers, hedge fund managers and salesmen. He has conducted commercial mediations and internal investigations of allegations of corporate wrongdoing.

Sam is a member of the New York State Bar Association House of Delegates, a Director of the Dartmouth Lawyers Association, a member of the Bronx County Bar Association subcommittee to the Judiciary Committee of the City Bar Association, and member of the NYSACDL Federal Practice Committee. He is the former President of the Bronx County Bar Association and a former member of the Executive Committee of the Network of Bar Leaders. He has worked as a prosecutor, a law professor, a public defender, and is a frequent lecturer for CLE's on trial practice around the country. Known for his creative solutions to client's problems and his trial instincts, Sam has tried more than 100 jury trials in federal and state courts, and has been recognized by his peers as a SuperLawyer in White Collar Criminal Defense for eight consecutive years. He is a graduate of Dartmouth College and Duke University Law School.