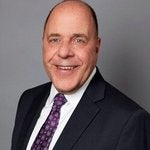 Louis Fasulo is a founding partner of Fasulo Braverman & Di Maggio, LLP. He has been practicing law for over 30 years and is a highly regarded strategist and tenacious litigator. He has successfully gained favorable verdicts in a number of high profile federal and state criminal trials. As the Firm has grown and evolved, Louis has focused his work on complex commercial, white collar criminal, and real estate law. He has provided representation and leadership to both large and small entities as they navigate a myriad of legal issues. His clients have included major fashion and beauty leaders, entertainment, construction, and hospitality companies, internet start-ups, and real estate firms, including many co-op and condominium boards. Louis serves as General Counsel to several entities, including Parkchester South, one of the largest condominium complexes in the country. In these positions, he advises the boards, helps implement policies, oversees all legal matters, and defends the organizations in litigation ranging from employment matters to business conflicts.

Louis has been named a Super Lawyer, White Collar Criminal Defense for the past three years. He is the Chairman of the Board for the New York County Defenders, a not-for-profit indigent defender organization. He and the Board lead the organization's charge of providing excellent representation to defendants charged with crimes in New York City. Louis is also a member of the Criminal Justice Act (CJA) Panel in the Southern District of New York, where he represents indigent federal criminal defendants.

A passionate and distinguished educator, Louis has served as the Director of Advocacy at the Elizabeth Haub School of Law at Pace University for the past twenty years. He is a highly sought-after lecturer and mentor around the globe, serving as Adjunct Faculty Professor at several law schools, including Fordham, St. John's and Stetson University, as well as teaching trial skills at St. Hughes College Oxford University. He is also a faculty member of the DWI Defense Institute.

Louis began his career as a Public Interest Attorney in the Criminal Defense Division of the Legal Aid Society of New York City. He was the Director of Staff Development and Training, and served on the New York County Executive Management Team. He graduated from Drew University and Pace University School of Law, where he was awarded the prestigious Dean's Award.