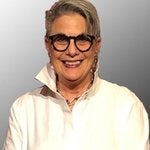 Bobbi Sternheim is a highly respected and seasoned trial lawyer, advocating for her clients both inside and outside the courtroom. She has built a reputation as a leading criminal defense lawyer experienced in handling a wide variety of matters in federal and state court for individual and corporate clients. A recognized leader in the local and national criminal defense bar for litigating difficult and complex cases, she uses her courtroom and advocacy skills in New York and beyond.

Among her notable criminal cases, Bobbi has tried international organized crime and racketeering conspiracies, international terrorism offenses, international telemarketing fraud, capital murder, and interstate transport of pornographic media. She has represented federal defendants charged with death-eligible offenses as both lead and learned counsel and persuaded the Attorney General of the United States to de-authorize a federal death penalty case.

Notable civil cases include a gender discrimination suit against the Mission of Saudi Arabia, a financial interpleader action against Imelda Marcos, and a medical malpractice suit against the United States Bureau of Prisons.

Apart from successful verdicts and settlements, dismissals and favorable sentences, Bobbi counts among her proudest professional experiences having coached a young pro se defendant with a 9th grade education to acquittal on federal charges and a 50-year-old woman to parole following 30 years of a life sentence in state prison and multiple denials by the Parole Board.

In addition to her law degree, Bobbi holds a master's in forensic psychology and an LL.M in Advocacy. She has been named a New York Super Lawyer and is "AV" peer-review rated by Martindale-Hubbell. She is a fellow of the prestigious American College of Trial Lawyers and the first (and only) woman recipient of the New York Criminal Bar Association's Award for Excellence in the Profession.

Bobbi has taught advocacy on a local, national and international level, including as director of Cardozo Law School's Intensive Trial Advocacy Program. In addition to adjunct professorships at Stetson College of Law and Pace Law School, she has served as a faculty member of the Federal CJA Trial Skills Academy, a supervisor in Cardozo's Criminal Appeals Clinic, and has taught at Stetson's Oxford, UK Program.

Bobbi is the Criminal Justice Act Panel Attorney Representative for the Southern District of New York and a member of the Defender Services Advisory Group to the U.S. Courts' Committee on Defender Services. She is a member of SDNY's CJA Peer Review Committee and Mentoring Programs and serves on the Board of Directors of Federal Defenders of New York. Bobbi is a past President of the New York Women's Bar Association and has chaired the Criminal Courts Committee for the Association of the Bar of the City of New York. By judicial appointment, Bobbi has served on the Joint Committee for Local Rules for the Southern and Eastern Districts of New York, the New York State's Task Force on Professionalism - Ethics Subcommittee, and as a member of the First Department's Indigent Defense Organization Oversight Committee.