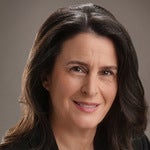 Alessandra DeBlasio is a highly regarded appellate and trial lawyer, who started practicing at the U.S. Department of Justice, following federal appellate and trial court clerkships. In Washington, she was among an elite group of federal prosecutors who coordinated all international criminal cases involving the United States, whether tried on American soil or overseas. She brings her in-depth practical knowledge of cross-border prosecutions and extraditions to her work defending foreign clients charged with organized crime, terrorism, arms dealing, maritime, money-laundering and narcotics-trafficking offenses against the United States.

Alessandra also served as the deputy chief of criminal appeals at one of the nation's premier U.S. Attorney's Offices, with jurisdiction over the Pentagon and CIA. Alessandra briefed and argued 13 appeals to the Fourth Circuit, most of them as appellant, winning them all. Before heading back to New York, her hometown, she spent two years trying a variety of drug, gun, and violent crime cases at the U.S. Attorney's Office in Washington, DC.

In New York, Alessandra worked for several years as a senior associate at a Wall Street firm, working on Foreign Corrupt Practices Act cases and internal investigations on behalf of major pharmaceutical and oil industry clients. She then opened her own litigation firm focusing on federal criminal matters in New York and New Jersey. Alessandra, who speaks several languages, quickly became known among the foreign inmates at federal detention centers in New York as the go-to lawyer when language barriers led to a break-down in relations with their attorneys.

Alessandra is grateful to have had the long-ago opportunity to volunteer at the Equal Justice Initiative in Montgomery, under the direction of Bryan Stevenson, where she played a role in convincing the Alabama Supreme Court to vacate a death sentence on direct appeal, having written the appellant's brief.

Alessandra is a member of the Criminal Justice Act and Pro Bono panels for the U.S. Courts of Appeals for the Second and Third Circuits, assigned to criminal, immigration and prisoners' rights appeals. She was also recently confirmed as one of eight members of the first civilian task force in the nation to oversee a state and federal correctional institution, the Essex County Correctional Facility in New Jersey. She is admitted to practice in New York, New Jersey, Florida and Washington, DC, and is a member of various local bar associations.

In addition to her law degree from Columbia, Alessandra holds a Master's degree from Columbia's School of International and Public Affairs, with a double concentration in Human Rights Law and Latin American Studies. Alessandra has taught legal writing and research as an adjunct professor at Fordham Law School, and was a guest lecturer in appellate and trial advocacy at George Washington University School of Law.